John, a mad Who fan, started out in bands as a guitar player, but moved from guitar to lead vocals as part of the mod tribute band Substitute.

John was at a Newcastle gig by US-based Who tribute band The Wholigans when he decided he wanted to get involved in something similar: “If you were at this gig you would have felt the energy from these guys. They were awesome!

My vision was to play the music of The Who and maybe one day play in the very FIRST North East Who tribute band.

That was my goal when I first decided to pull this all together and, guess what, I did it! 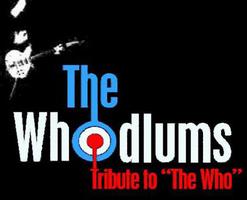 Pete has been playing guitar for more years than he cares to remember and has always been a massive fan of sixties bands such as The Beatles, The Kinks, The Small Faces and, of course, The Who.

Having first played with John in the band Substitute, Pete got the call to join The Whodlums in summer 2007 when original guitarist Steve left the band.

“I love Pete Townshend’s style of guitar playing so being in a Who tribute band is a real treat.”!

Andy (The Young Ox) simply loves to play bass guitar and rises to the challenge of playing bass lines from 'The Ox', John Entwistle.

Using some of the finest equipment money can buy. Andy creates an immensely powerful sound which has to be heard to be believed.

Steve has played in bands in the north east since the early 1980's and grew up listening and playing to the WHO and in particular Keith Moon.

Steve developed his drumming style very much influenced by the one and only Mr Moon, he is now over the 'moon' to be finally given the chance to play the Who's music.