Gig Reviews for The Whodlums the North East's Top Who tribute

Gig Reviews for The Whodlums

I hadn’t seen either of these bands before but they both came with good recommendations so I wasn’t worried. Gosforth Civic Hall is a big oblong room with a good high stage and tabled seating for 150 or so.

The room was full for this charity event in aid of SomeOne Cares an organisation that counsels victims of abuse.

Heavy Mod are a four piece from Thornaby who gave us a cracking set of the authentic sounds of the 60’s and 70’s era Small Faces/Kinks/Spencer Davis. I know they’ll have a great early Who set up their sleeve but as they were supporting a Who tribute band it had to stay there.

As a live introduction to the Mod music of the period you could find no better. The singer has a great Marriot in his throat as well. They were exiting to watch and warmed the room up for the main event.

When it was advertised on here that The Whodlums were going to stage the full version of Quadrophenia, tickets were a must-have for me. I had heard that this band could do a great set of the “usual suspects” but I had my doubts as to whether anybody could do justice to this complex piece.

They played the whole album version from “I am the sea” to “Love, Reign O’er Me” var-nigh note perfect. Aye but not only did they play the (challenging) band parts, but they were playing in front of a huge screen showing clips from the film interlaced with live Who footage and specially made segments of “Jimmy” popped up now and again to help the storyline along. The up-for-it crowd sang along with the anthems and gave generous applause at the end of the passages. Tidy note perfect solo’s made this performance a joy for those familiar with the piece and those new to it got some great songs to possibly explore further. The lead singer had an excellent range and never tried to emulate the period Daltrey roars of the original piece. Each track was delivered with passion and energy, sounding like the original but not just a copy.

The Townsend spot was taken by a quiet guy who has his obvious hero off to a tee including mannerisms and playing style. As I said before, note perfect but with the right volume and feel to make the music come alive. Sometimes when bands play over backing tracks it comes out a bit flat for me, but this sparkled and fizzed.

The Ox was represented by another (traditionally) motionless plank that emitted thunder in an extremely controlled manner. At one stage there was a bit where he was syncing to Entwhistle on the big screen, I had a perfect in line view and both sets of fingers were going together perfectly, it was well spooky.

This little portly bloke got up behind the kit and proceeded to pound the life out of it in the appropriate manner. He got it right almost all of the time, I’ve seen Moonie come in at the wrong time for “The real me” so even the best screw up. He rose to the occasion for his vocals on “Bell Boy” and again we had him in sync with Keith on the big screen, well weird that (not sure if I liked it though?)

A presentation of this complexity wouldn’t happen without someone pressing the buttons. Don’t know who he was but one gadgie never stopped, lights/DVD/band Sync/mix and all from the front of stage. Well done to him as we all know that the sound Gadgie makes all the difference.

Of course there were hiccups and some of the links weren’t as tidy as the band would have liked. The whole thing was a joyous celebration of The Who’s Quadrophenia. This difficult piece was performed in an audio and visual form that was novel and extremely entertaining. They finished after playing through for an hour and a half to a room on their feet and well happy.

They came back on to play more Who classics starting with “Who are you” this sounded spot on as well.

My knackered back sent me home at this point so I missed the rest of The Whodlums set, well pleased I went to this one. They announced that they would run Quadrophenia out again next year, if you get the chance go and see them perform it as they’ll will get better and better I have no doubt.

Apologies to John for leaving without thanking him (and his band mates) for a tremendous night, I’ll catch you soon mate.

Probably the best Who Tribute gig ever ! - Bluesbeard BGGGP Forum 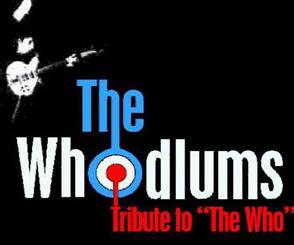 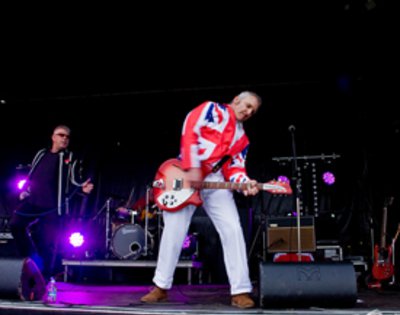 A Quadrophenia medley went down well with a crowd of silver haired Mods who while not quite choreographed, had certainly danced together before. I chuckled when Who Are You was introduced as being the soundtrack to a new TV series – CSI Esh Winning! The song itself was a bit of a humdinger; ending in a loud crescendo of noise.

It wasn’t a surprise that the Whodlums ended their set with an adrenaline fuelled version of My Generation which was probably the surrogate theme tune for the Festival as the Mod-Skinhead hybrids leaped around like scalded cats.

By the time the Whodlums were coming on stage another surge of fans were entering the field; many of who had been drinking beer and watching the football on the telly; so it’s fair to say they were all in pretty good spirits as the band kicked off with a blistering Can’t Explain; showcasing the singers voice to great effect. Just like the original band; the lead guitarist; resplendent in Union Flag jacket over a white boiler suit, had no intention of being upstaged by the singer; so we got more windmills than you would see in Norfolk alongside some very gymnastic leaps in the air while never missing a note on his Rickenbacker. 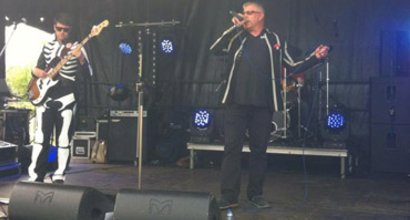 I was pleased to hear the inclusion of a personal favourite; Behind Blue Eyes which I think is a great lost classic; and it appeared a few people next to me thought the same. 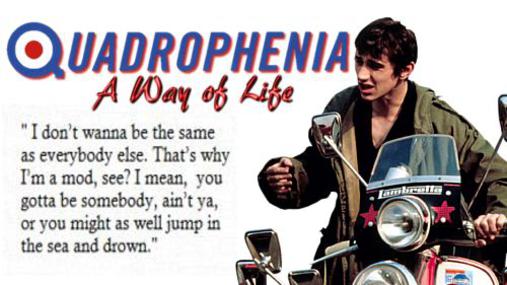